Bridgeman Arts returns to Glasgow City Centre this year with a festive offer that differs from the last six Glasgow Christmas Carnivals that we produced. We normally have a Christmas Parade as the key feature of our event but this year, we are doing things differently. We invite you to join us for our Glasgow Style Mile Christmas Carousel. From 12.30 until 16.00, the city centre streets will become a blaze of festive colour and music as we bring a host of brand new characters, performing troupes and giant walking and dancing artworks that have never been seen in the city before. There will be twelve performing zones where you can see and interact with our spectacular creations across the whole afternoon. See how many of the performances and characters that you can 'clock up' as you enjoy a few hours in the city centre. Don't worry about missing us as we are moving in a carousel across the streets. We will come to you!

"THE RETURN OF CHRISTMAS" - TELL US MORE!

CARNIVAL THEME - The theme for the carnival carousel this year is " THE RETURN OF CHRISTMAS". We celebrate the launch of the Christmas season in Glasgow with a host of new content that is both modern and tradititional.

Some of our themed artworks in 2021 are:

The three images below show some of the work in progress for the 2021 carnival carousel. Left to right 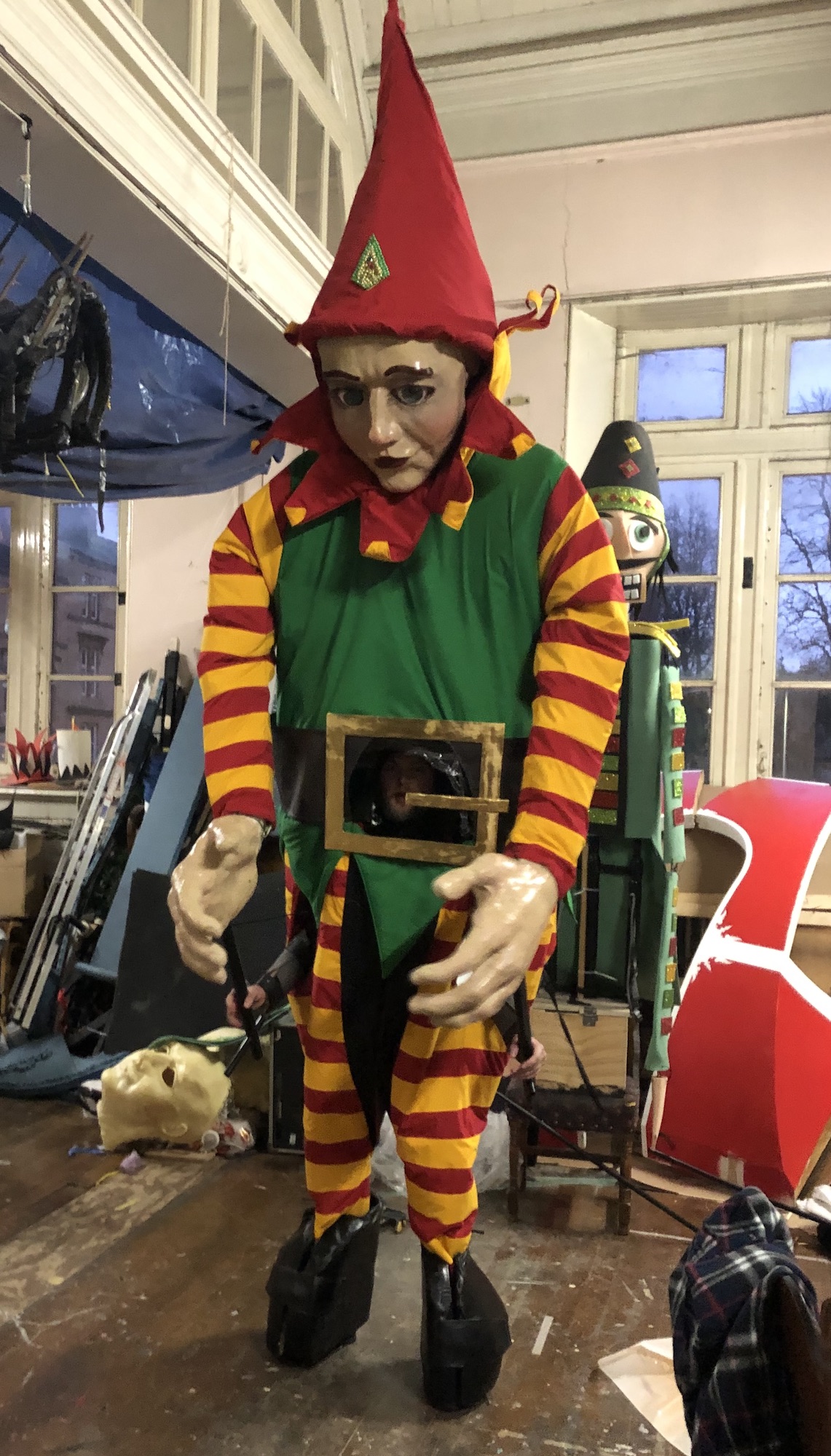 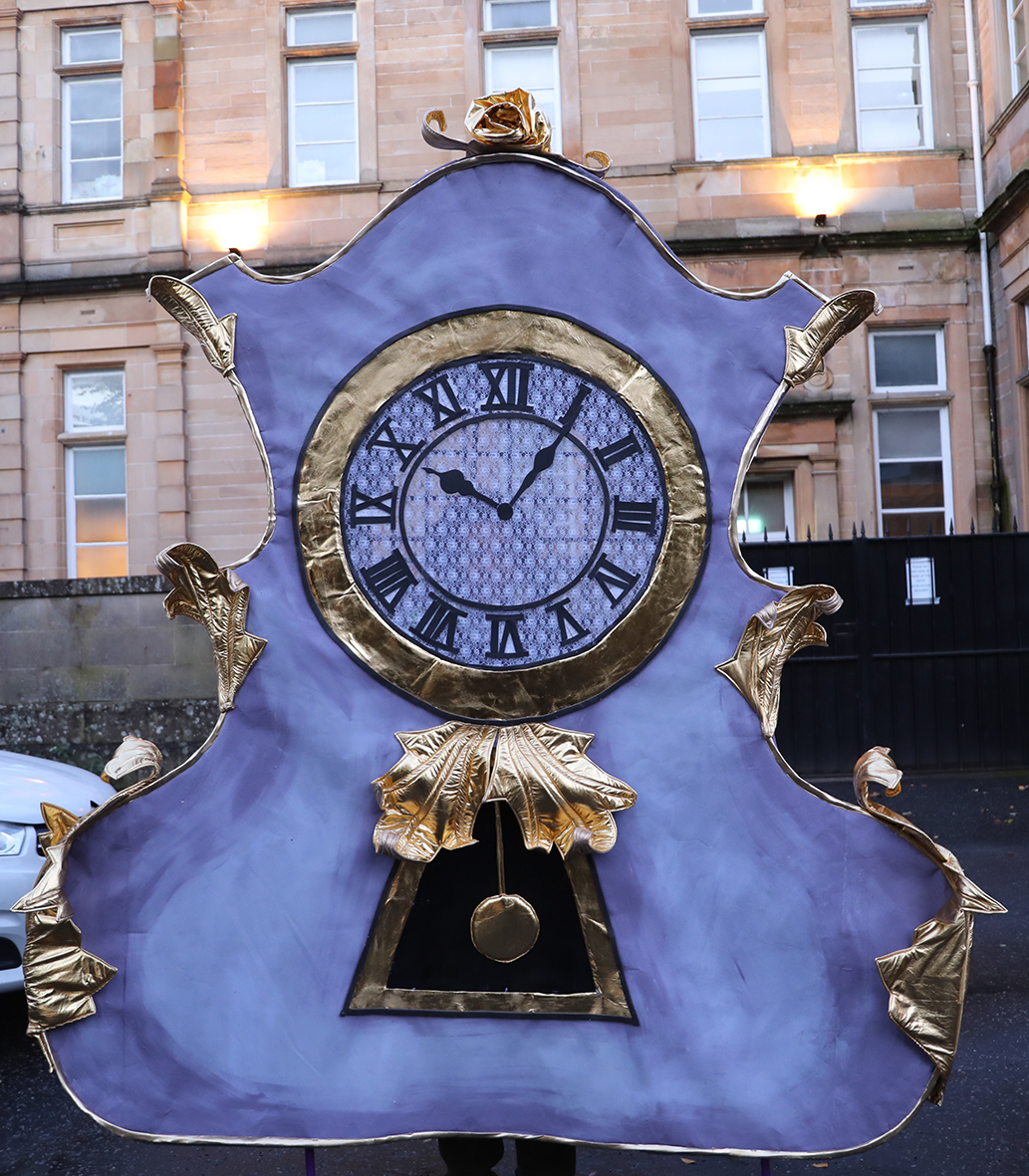 Alongside the amazing artworks will be hundreds of costumed characters drawn from both community and professional backgrounds who will help to create a Christmas spectacle that would brighten up even the darkest of our winter days in Glasgow.

We are proud to work with the VIVACE Theatre School and many of the talented, costumed performers you will see are from this wonderful organisation.

PLEASE NOTE: This event is a carousel of performances at specific sites around the city streets. Performances will be short - roughly five minutes in duration - and then the troupe will move on to the next point in the carousel. Other performers and artworks will replace them when they leave the spot. We ask that when the performers are moving between performance zones that you do not ask them to stop to pose for photos. When they are at the performance zones and not in mid-performance, then this is the best time to ask for pictures. Do not fret if you turn up when they have just finished a performance because you can catch them again at a different spot.